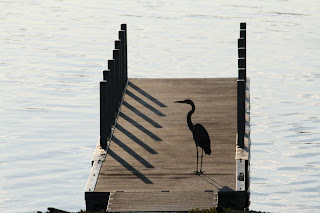 That’s “Great Blue” to us mortals. 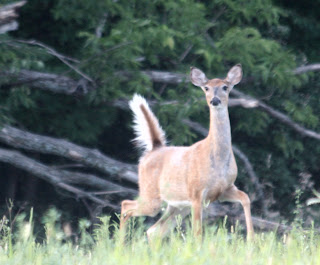 We saw quite a few deer this morning, but this one was a bit different. I’m not sure if this was male of female. I don’t know how to tell the difference. We were not particularly close to him/her, but once he/she got a whiff of us, wheezing, grunting, and stamping the feet started and she/he moved a bit closer with each wheeze. It seemed funny at first–the attack of Bambi, but the more she/he wheezed and stomped, the more nervous I became. We made it back to the car safely. I never really thought about deer attacking until we got home and I, of course, began to Google. Turns out it is not all that uncommon, but we’re not really in mating season yet, are we? We wondered if there might be a little one nearby. Click on picture to enlarge. 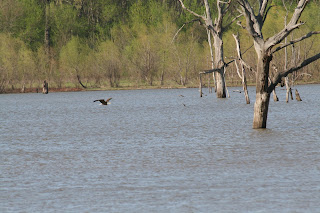 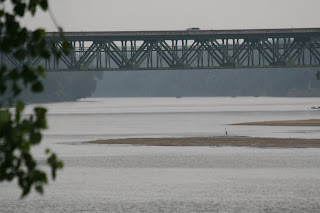 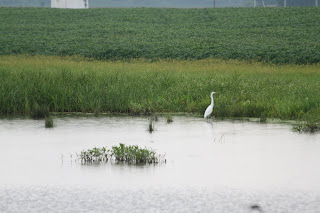 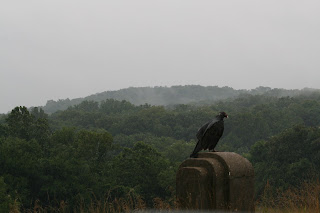 We took a splendid drive this afternoon to a lake we haven’t visited before. There were many turkey vultures soaking up the rain. We drove back downtown to the airport ponds, then the river to enjoy the many egrets and herons fishing in the rain. 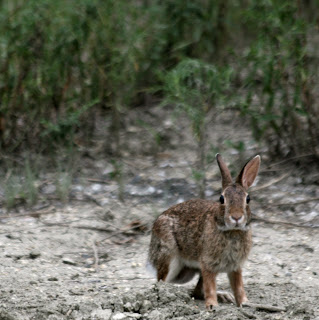 We took a very early trip out to the lake this morning. Bunnies everywhere.