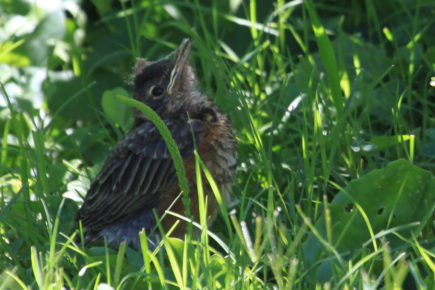 Last year, I saw evidence the house wrens were using the nest box we put up, but I never got a look at them. I heard them a lot. This year, I got lucky. Click on pictures to enlarge. 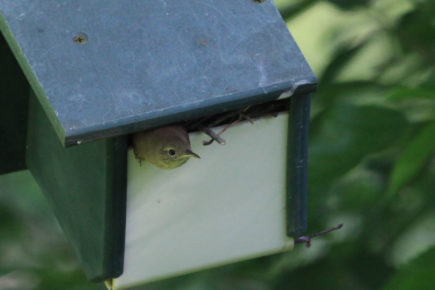 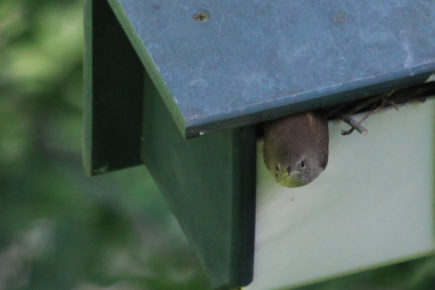 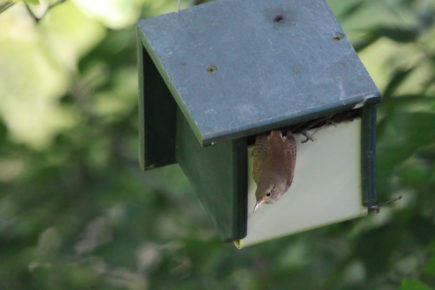 Brown thrashers are always on the edge watching, singing from the top of a tree, or back in a corner of the yard under a bush going through leaves. When I first started seeing them, they were so shy, taking off whenever I moved. After a couple of years of throwing peanuts to them, they are less weary of me, and I get to see them close and often. Click on pictures to enlarge. 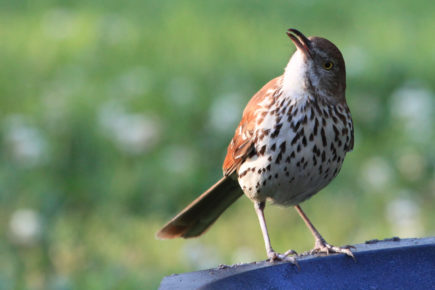 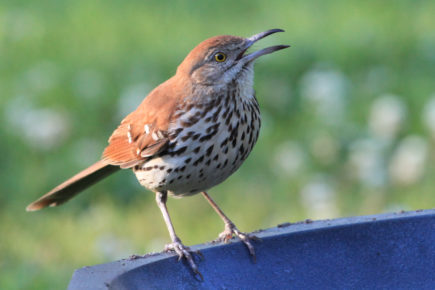 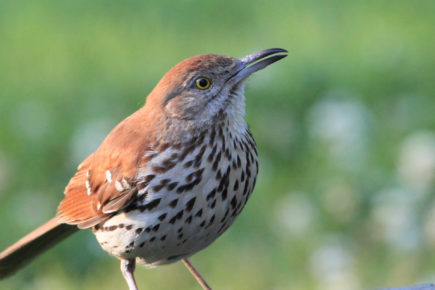 Nice to see the grackles feeding their kids corn and not house sparrows. Click on pictures to enlarge. 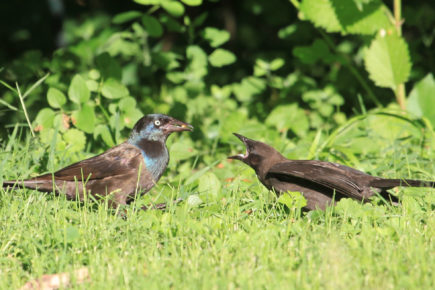 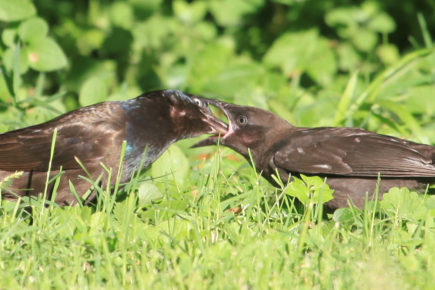 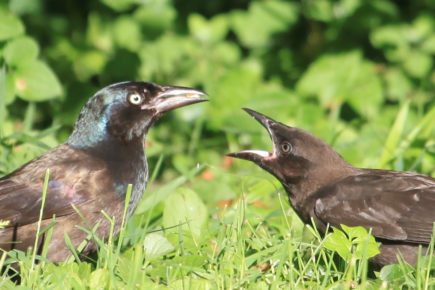 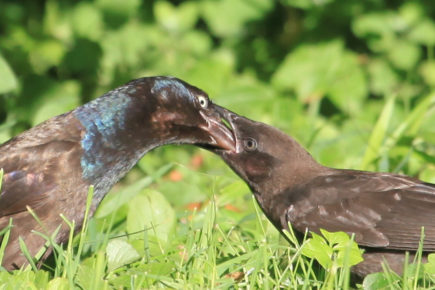 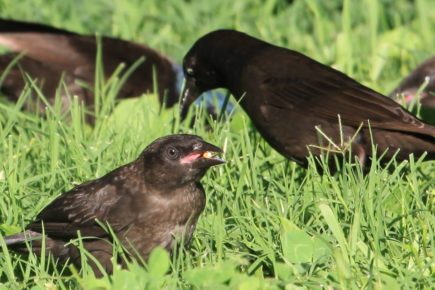